Here’s Ten Undrafted NFL Rookies Who Will Make An Impact

Every season undrafted rookies not only make rosters, but find their way on the field to contribute. There is no shortage of players this year. For whatever reason, players who have draft worthy grades slip through the cracks and don’t get drafted. In no particular order, here are my ten players to watch:

This kid is tall (6’6) with long arms and quick feet. Pass protection is his specialty with experience in a pass happy offense at Oklahoma State. His versatility will give him an opportunity to play right away. 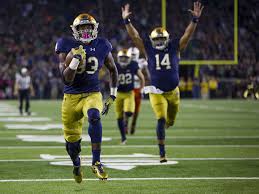 With LeGarrette Blount gone, the Eagles need another pounder to pair with Jay Ajayi. Adams is faster than he looks on tape and has some wiggle to escape tacklers. He hits the hole quick and hard. He will get some carries early to show his worth.

McFadden is a freak athletically. He has long arms, great size (6’2) and good quickness. He is a sure tackler. He also has great instincts as a blitzer off the edge. He’ll have the opportunity to play in nickel packages.

Nichols may lack some of the sexy numbers coaches like to see but he just makes plays. The tape doesn’t lie! He has a high football IQ and closes on the ball with precision. He also has the quickness to stay with receivers and has good hands.

This Virginia Tech stud doesn’t possess elite speed but rarely gets beat deep. What he is good at is covering receivers and his ball hawking ability. He has the size at (6’2) to handle bigger receivers. Facyson is very good in the slot and he’ll have a chance to move up the depth chart as the season goes.

Lotulelei is a load in the middle. He will be a rotational player who can not only stop the run but has surprising quickness to get to the quarterback. The nose tackle will get a lot of one on one chances with Von Miller and Bradley Chubb wreaking havoc on the outside.

He could become a favorite target in the red zone with his size (6’5). He is a good route runner with solid hands. He uses his size to catch balls at their peak. He’s not a burner but knows how to get open.

Kelly has good size (6’2) and hits like a linebacker. He has good quickness and reaction time in small spaces. He also has the versatility to play both cornerback and safety. Don’t be surprised to see him early in nickel packages. 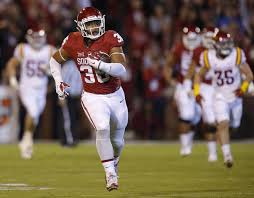 Flowers will start right away for the Jets because he’s a sledgehammer of a blocker. He makes the most of his running attempts and is very good in short yardage situations. He’ll surprise some with his catching ability out of the backfield.

Ramsay will be an immediate rotational player. He will allow the interior line to stay fresh. He holds his ground very well and allows linebackers to make plays. A quick first step helps get pressure up the middle.

Keep an eye out for these players and other undrafted rookies who always seem to make an impact.