The 3 Point Score Board
Home / Articles / LeBron vs Jordan….Who Cares? 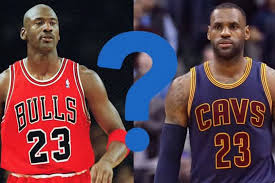 Follow me
Eric Urbanowicz
Writer at The 3 Point Conversion
Connecticut

Follow me
Latest posts by Eric Urbanowicz (see all)

Every year the same argument rises; whose the greatest of all time, Michael Jordan or LeBron James? Usually accompanying these arguments are some sort of stat based meme that tries swing the argument in their favor. All that said though one major question remains; who cares? 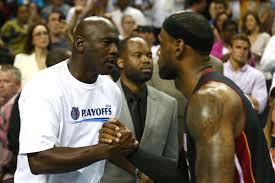 Before James really became “The King,” the debate of greatest player in NBA history was between Jordan and Los Angeles Lakers legend Kobe Bryant. Hall of Fame living legend Allen Iverson of the Philadelphia 76ers also entered that discussion.

What this gets at is no matter what generation of player we’re in, or what stud is part of the NBA draft, the comparison is always going to be there even though the stats could be as close or far apart as can be.

It relates to the idea of finding the next greatest legend as it’s both a majesty in sports but also a curse as fans never stop searching.

Another merit against this argument is that basketball is always evolving. The way that Wilt Chamberlain played isn’t the same way Larry Bird and Magic Johnson played and their way isn’t the way that Jordan played. The big difference between James and Jordan’s styles is the amount of physicality.

Back in the 80’s and 90’s when Jordan played, there were less flagrant fouls as they were considered hard fouls. Flopping wasn’t a major issue, and mid-range was considered king at that point, meaning that points were harder fought.

Compare it to today where the modern style started in the late 2000’s when the three-point game started to take over a bit, when flagrant fouls are called for hard knocks and flopping has become a problem.

Some even theorize that today’s superstars wouldn’t last in the 90’s NBA. Does that make the 90’s NBA better? That’s a matter of opinion and it’s in the best interest not to share that kind of opinion. It’s just different today than it was back then.

The debate is best compared to music in the sense that everybody wants to find “the next Beatles.” The Beatles are considered by many to be the greatest popular music group of all time, and as such people tend to compare others feats in this day and age to what they did with less means.

People try to compare means of getting and listening to music in the 60’s when the main form was vinyl compared to listening today when people still buy compact discs with all sorts of streaming options and downloading options. It’s not really a great comparison, but it’s still made regardless.

While its useless to try to stop the comparison, especially with the NBA Finals finally here, or it’s easy to say that James is the best of the late 2000’s into the 2010’s and Jordan is the best of the 90’s, it’s not going to stop. It still leaves the question though: Who cares?

Tune into The 3 Point Conversion Radio on:

© Copyright 2016, All Rights Reserved. | Powered by The 3 Point Conversion | Designed by The Ross Design Group
Scroll To Top